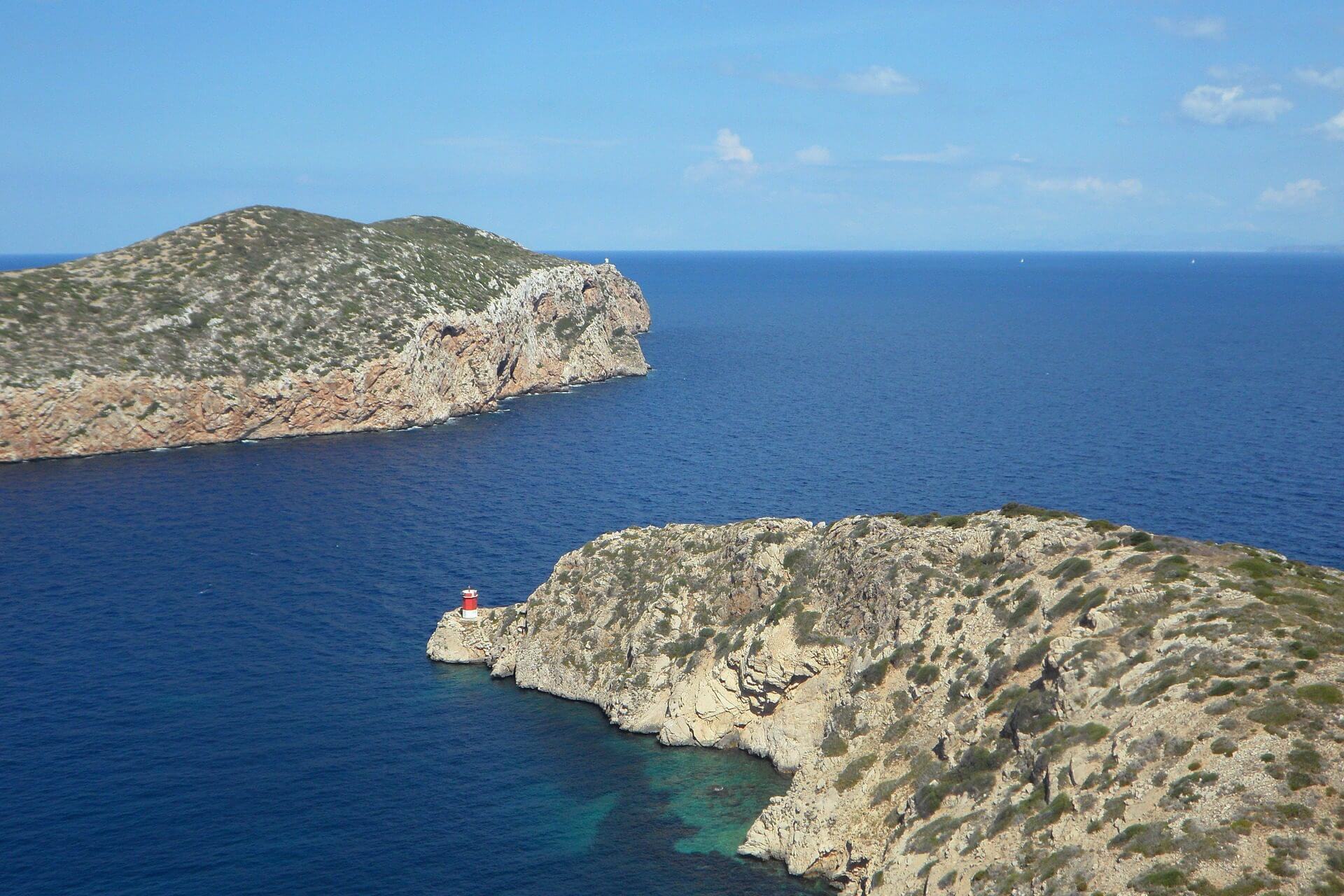 February saw approval for the extension of the Cabrera Archipelago Maritime-Terrestrial National Park. In addition to the land areas, an extra 80,779 hectares of adjacent marine areas have made this Spain’s largest National Park.

Now boasting a total of 90,000 hectares, the Cabrera Archipelago National Park is set to become a sanctuary for cetaceans and large migrating fish, as well as for deep coral banks.

Cabrera is made up of 19 islands and islets and has also been declared a Special Protection Area for Birds and a Site of Community Importance.

A small corner of paradise on Majorca that is definitely not to be missed!

View of Cabrera from the Castle, photo by zoeamallorca.com

Despite its relatively small size, the Cabrera archipelago has undergone myriad changes over time. Many cultures and civilisations have settled on its coasts, seeking shelter, food and water, including the Phoenicians, Carthaginians, Romans and Byzantines.

In the 14th century a castle was built to defend the island from attacks by the Barbary pirates, which would continue well into the following centuries and have a profound impact on the history of the Balearic Islands.

In 1809, the Battle of Bailén saw the defeat of the Napoleonic troops in the Peninsula War. Some 6,000 to 9,000 prisoners of war were sent to live on the island, and a mere 3,600 would return to France five years later.

In 1890, Cabrera passed into the hands of the Feliu family, who built Can Feliu and Es Celler and tried to develop the island’s winemaking industry.

In 1916 it was expropriated on the grounds of national defence and it was thanks to the environmental protection afforded by the army that no building work was carried out on the archipelago.

Early in 1988 the Parliament of the Balearic Islands decided to start proceedings to declare Cabrera a Maritime and Terrestrial National Park. The process was finally completed in March 1991.

THINGS TO DO ON CABRERA

A trip to the island is a great option for anyone holidaying on Majorca. Even if you are a local resident but have never been to Cabrera, then we strongly recommend arranging a day out to explore this stunning national park.

As soon as you step off the boat in Cabrera harbour, the National Park guides will be on hand to give you all the information and advice you need for a fabulous day out. You can sign up for one of the guided tours, or simply explore the island for yourself.

You may also apply to the Government of the Balearic Islands for a permit to take professional photographs, film videos, or go scuba diving and sailing and anchor off the coast. HOW TO GET THERE

Several tourist companies offer boat trips to the island. They depart from the port in Colònia de Sant Jordi.

The crossing by boat is truly delightful, as you will have the chance to admire the magnificent scenery and look out for fish and birds; if you are lucky, you may even spot some dolphins.

You can stay anywhere on the island of Mallorca, provided you have some form of transport to the harbour in Colònia de Sant Jordi. Alternatively, find out about public transport options from the place you are staying at.

If you’re thinking of taking a trip to discover the island of Cabrera then we recommend the following: Once you’ve discovered it we know you’ll want to come back!

You may also be interested in: Things to see in Majorca