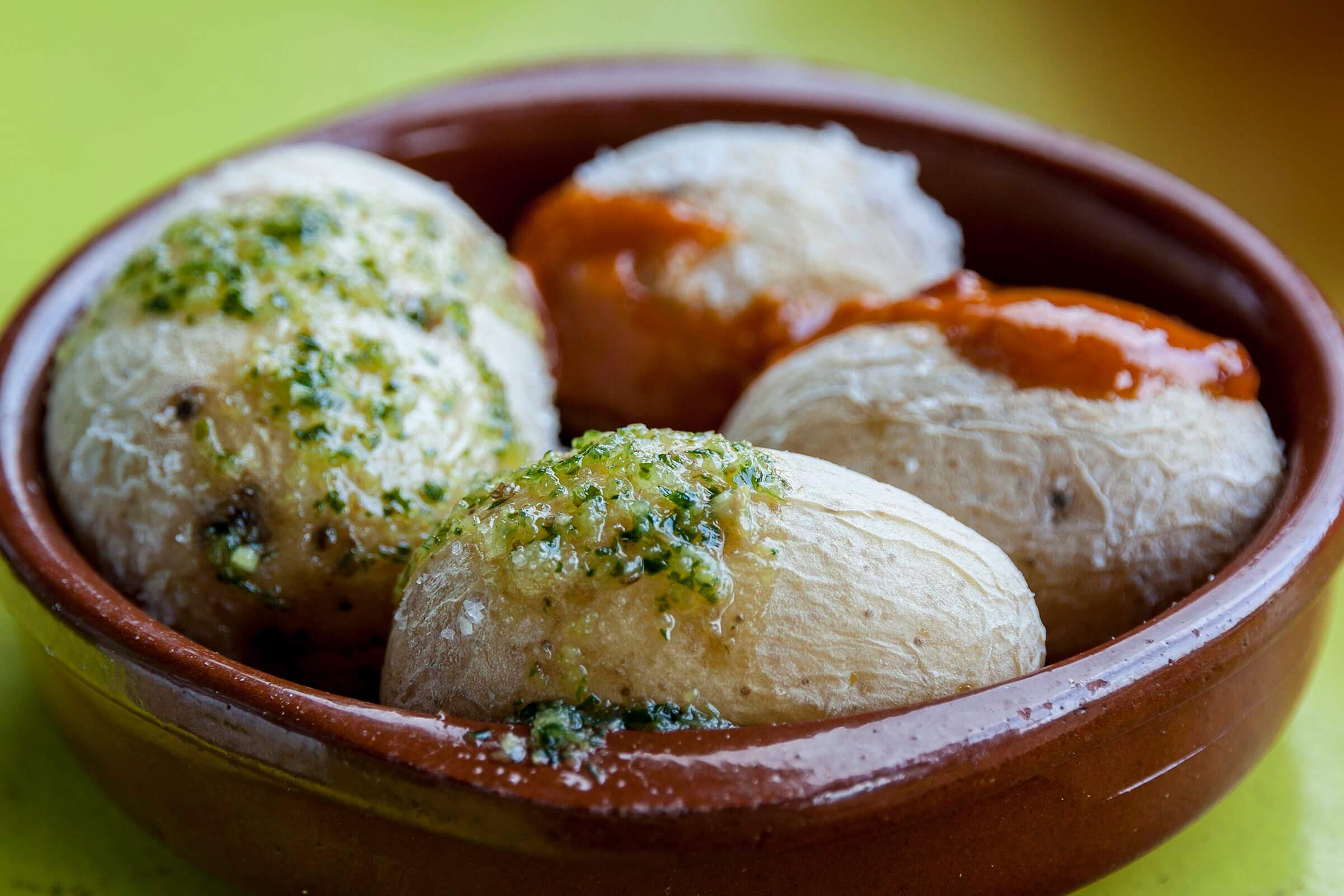 THE FLAVOURS OF LANZAROTE IN 5 GASTRONOMY PRODUCTS

Would you like to taste LANZAROTE’s TOP 5 PRODUCTS? The ones definitely not to be missed whilst on holiday? If the answer is yes, then read on…and enjoy!

Despite the lack of water, the heat and the dust-filled Calima wind from the Sahara, Lanzarote is home to a surprisingly wide range of agricultural and livestock produce, used in the preparation of many of this paradisiacal Canary island’s traditional dishes. If you’d like to discover the best of the island’s gastronomy, then don’t miss the chance to taste the following recommendations.

Wheat, barley and rye continue to be grown in order to produce gofio, traditionally a staple Canary Island food made with the roasted grain of these cereals. It is one of the most consumed food items in the archipelago, second only to the banana, dating back to the time of the islands’ earliest inhabitants when it was believed to have formed an essential part of their diet. Today it remains popular among the islands’ inhabitants and is used in a number of dishes, ranging from ice cream to a type of bread similar to polenta, as well as children’s milk or as a thickening agent for stews or sauces.

Papas, or potatoes, are used to make one of the Canary Islands’ classic dishes: papas arrugás con mojo – wrinkly potatoes cooked in their skins and served with mojo sauce.   The sweet potato is another of Lanzarote’s most typical products and is grown especially in the Jable area. Easy to recognise due to its pink skin and white flesh, it is particularly appreciated for its delicious flavour and lack of stringiness, which makes it extremely digestible. Goat – known locally as cabrito or ‘kid’ – is the most popular type of meat used in Lanzarote’s typical dishes and can be found on the menu in practically all the island’s traditional restaurants. It features in countless classic recipes, each with their unique and personal style.

Lanzarote’s cheeses are made mainly from raw goat’s milk, characterised by its delicate aroma and mild flavour, making it extremely agreeable on the palate. Whilst on Lanzarote, don’t miss the chance to taste the island’s wide selection of cheeses:

Fresh cheese: Characterised by the aroma of fresh goat’s milk and its mild, fresh cheese flavour. It has a white, extremely fine, practically non-existent rind.
Soft cheese: this cheese is white with a slightly ivory tone, firm when cut and has a creamy texture.
Semi-mature cheese: Slightly ivory in colour with a creamy flavour and a delicate hint of goat’s milk. This type of cheese is available in a range of varieties such as semi-mature coated in paprika or semi-mature coated in gofio.
Mature cheese: Yellowy-ivory in colour with a rich flavour, this is a creamy and slightly spicy cheese. It is firm when cut and has a creamy texture. The rind is straw yellow in colour. It is also available in the gofio and paprika coated varieties.

Fish is the main ingredient in many of Lanzarote’s culinary delights and is prepared in countless ways on the islands.

Highlights include salt-dried fish, which until the 20th century was a staple part of the Canary Island diet; Lanzarote had the twofold advantage of a wealth of fish as well as numerous salt flats. Today this product is still much in demand and is used to make what is probably the island’s most classic dish: Sancocho, a salted fish stew with roasted gofio maize dumplings, served with the traditional (spicy) red mojo and (milder) green mojo sauces. Jarear is another traditional way of serving fish on the island, which consists of removing the gills and guts and then splitting the fish down the middle. It is then seasoned, washed with salt water and left to dry in the sun.
If you enjoy tasting a wide range of mouth-watering culinary delights, then Lanzarote is your ideal destination. Discover all the flavours of Lanzarote here!