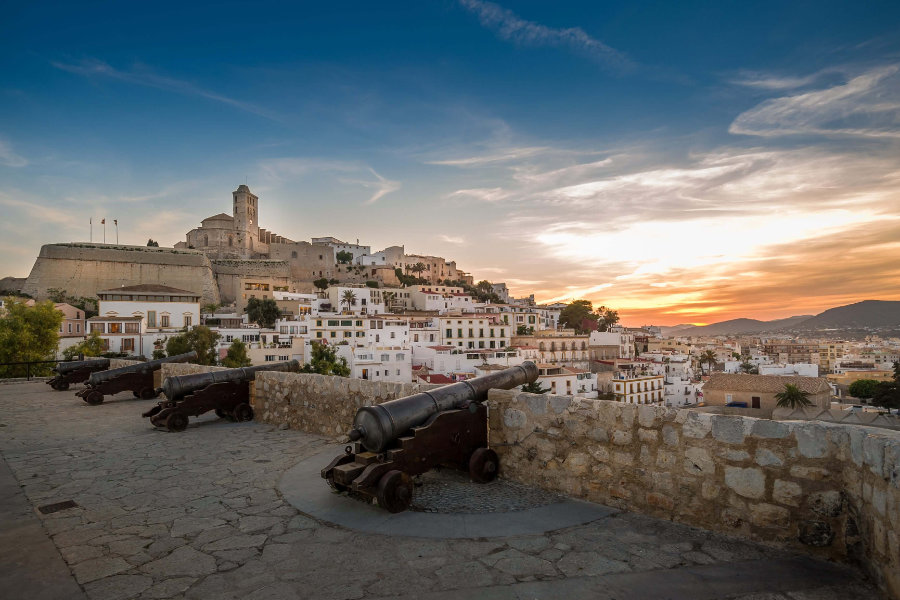 When you think of Ibiza, you surely think about beaches, sun, Dalt Vila or its famous nightclubs. However, in such a complete island there are numerous curiosities that help you to get to know the history of this beautiful corner of the Mediterranean better. We have selected some, but we encourage you to discover your own secrets of Ibiza.

A magical island
Beyond the excitement it generates, Ibiza was really considered a magical island by Phoenicians, Greeks and Romans because of the absence of snakes and venomous animals, unlike other islands of the Mediterranean Sea. In addition, there are a large number of stories such as the alleged energy field under Es Vedrà or UFO sightings. There is nothing like coming to this small island, with one of the attractions of Ibiza being finding out the truth of these stories.

Watching the pirates
The geographical location of Ibiza has allowed it to interact with many cultures, but also to be the sight of many invasions. From the sixteenth century, a series of watchtowers began to be built, allowing them to detect approaching pirate ships long enough for the inhabitants to leave their homes in the countryside and take refuge in the walls or in the fortified churches that served as refuge. As a reminder, there are now numerous conical shaped buildings with extraordinarily thick walls to resist attacks, an ideal place to enjoy wonderful views and sunsets.

A wine influenced by the sun
Ibiza has a tradition throughout the Mediterranean for growing vines, with a number of well-known varieties, such as: monastrell, garnacha and malvasia. Over time the number of cultivated varieties increased and in the 90s the first wineries appeared. The many hours of sunshine in Ibiza gives its wines two unique differences: a greater alcoholic content than the average Spanish wine and a more intense and deep aroma. To check it out, there is nothing better than a wine tasting holiday at any time of the year.

Christopher Columbus. Discoverer of Ibiza?
The mystery that continues to surround the origin of Christopher Columbus has created numerous theories about his place of birth, questionsing the generally accepted idea that he was Genoese. One is that he was either from Ibiza or had a close relationship with Ibiza. In fact, in Ibiza city is a house-museum dedicated in his memory that offers proof that support this idea, a house belonging to a notable family with the surename Colom, which would be surname of the discoverer. Thus, Colom would come from a family of politicians and merchants who owned a hostel in Dalt Vila and would therefore have used multiple Ibiza place names to baptize several places he discovered during his travels. In any case, the mystery will never be totally solved since Christopher Columbus himself kept his origin a secret, even from his children.

The island in bloom
One of the best times of the year to visit Ibiza is between the end of January and the beginning of March, when in addition to enjoying a milder climate than most of europe, there is a burst of colour thanks to the flowering of the numerous almonds trees that populate it. Thousands and thousands of white and pale pink spots dye fields on a route that can begin in Santa Agnès de Corona and continue along the Pla de Corona plain until you reach the Sant Antoni road. With the fruit of these trees, one of the richest ice creams ever is produced.

WHERE TO TAKE THE BEST PHOTOS ON IBIZA THIS SUMMER
June 30, 2022