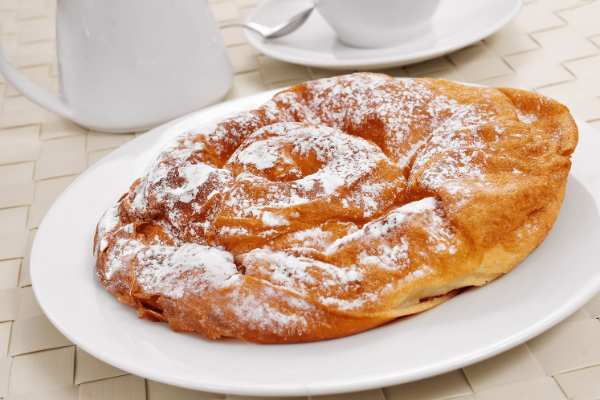 Majorca is one of the Mediterranean territories with the richest gastronomic culture. Its recipe book is mainly based on the products grown in its orchards, like its vegetables, and in its farming tradition. The sea is also present, although to a lesser extent, with exquisite dishes like Majorcan-style fish or grilled large-scaled scorpion fish. Tasting some of the most typical Majorcan delicacies is condition sine qua non to understand the essence of Majorca.

Arros brut, roasted piglet, tumbet, pa amb oli… The Majorcan gastronomy encompasses a wide range of tastes, colours and aromas that speak of the purest Mediterranean. The Majorcan orchards and harbours provide most of the ingredients to a traditional recipe book that faithfully reflects the traditions and history of its people, thus offering the visitor the possibility to make a trip in a trip to the most authentic essence of the island.

In order to enjoy this essence, at THB hotels we offer you 5 dishes you should try during your holidays in Majorca. We guarantee they are worth it and that they will become a memorable souvenir of your trip to this magic land.

Trampó – Trampó is the most famous Majorcan salad; another of the simple recipes preferred by locals and visitors. It is fresh, healthy and very nutritious. It is perfect for a picnic or as a starter for any meal in front of the sea in summer. For its elaboration you just need white Majorcan pepper, ripe salad tomatoes, white onion from the island and extra virgin olive oil of the highest quality. Some make it a main dish adding some tuna and olives, but it is not the most traditional elaboration.

Arrós brut – It is a typical winter dish, although it is served throughout the year in many traditional Majorcan restaurants. It is a tasty rice soup cooked with rabbit and pigeon liver, pork chop, butifarron and sobrassada (Majorcan sausages), mushrooms, peas and green beans, artichokes, tomato and a bit of cinnamon, which gives it a really special touch. It is cooked on a slow heat so that it is smoothy and tasty. It is served really hot, in a pot —generally a clay pot— set in the middle of the table.

Majorcan frito – It may be too traditional for some people, who may need some tastings to get their palates used to its taste —as it happens with snails, another classic of the Majorcan cuisine—, but Majorcan frito is like that: a tasteful dish prepared mainly in winter, in the pig slaughtering season, with pig or lamb innards (liver, heart, lungs and entrails in general). It also has fresh fennel, which gives it its traditional taste, together with green onions, red pepper, cauliflower, potatoes, garlic and bay. It is definitely one of the oldest and most historic Majorcan recipes.

Majorcan-style fish – This is one of the most traditional and common recipes in the Majorcan coastal menus, but it can also be found in restaurants of traditional cuisine located in the inland of the island. It consists of baked white fish —generally grouper or hake— with Swiss chard. But the list of ingredients is longer, all of them coming from the local orchards: onions, tomatoes, pepper, bay, parsley, fennel, raisins, pine nuts and a dash of white wine and lemon juice.

Pork loin with cabbage – One of the favourite dishes of all Majorcans. It stands out for its simplicity, regarding taste, presentation and elaboration: it consists of cabbage rolls filled with loin. For its elaboration, we need kale or traditional Majorcan cabbage, pork loin, bacon, mushrooms, raisins and pine nuts (two classic ingredients of the Majorcan recipe book), Majorcan tomatoes, sobrassada and butifarrons (Majorcan sausages) and a little bit of red wine. It is served in a clay pot, one roll per person.