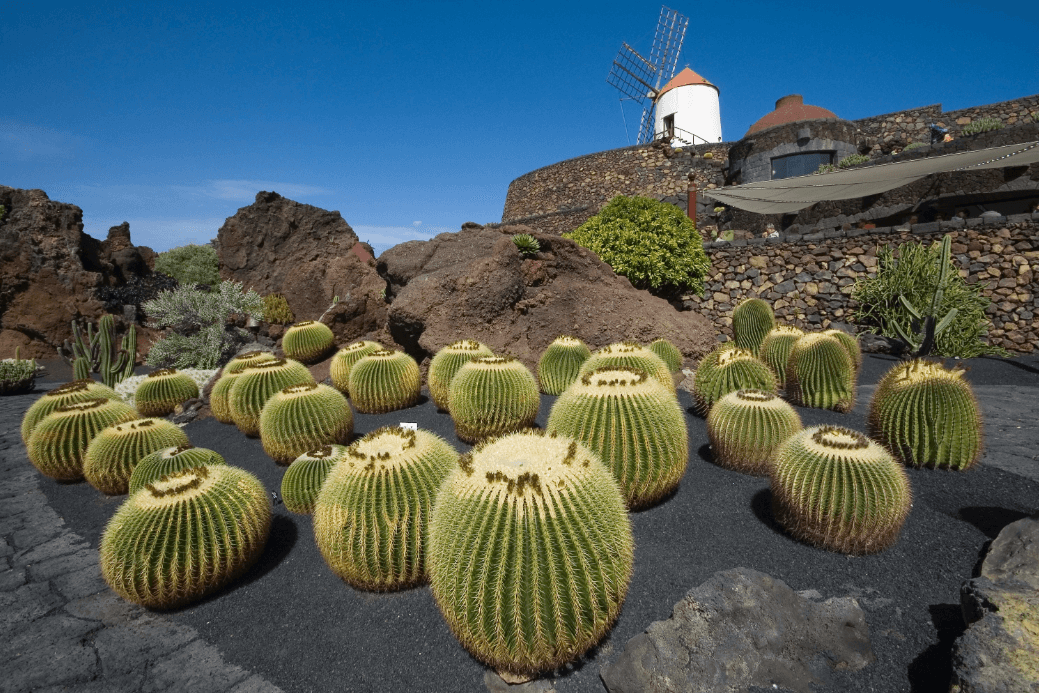 THE CÉSAR MANRIQUE ROUTE ON LANZAROTE

César Manrique, a Canary Island painter, sculptor and artist, made a lasting impression on Lanzarote, the most volcanic of all the islands in the archipelago. Acclaimed as one of the island’s most notable figures and a pioneer of abstract art in Spain, the artist left a legacy that has endured right up until the present day.

Lanzarote, a canvas of black earth and volcanic landscapes, inspired to César Manrique to leave traces of his art throughout the island.

Exploring the island by retracing the steps of César Manrique is a great way of discovering the true beauty of Lanzarote as well as of some of its most spectacular landmarks.

Examples of his work can be found dotted throughout the island. We have come up with a short route designed to enable you to enjoy the island to the full whilst discovering its wealth of culture.

First stop is the International Museum of Contemporary Art, housed in San José Castle. Opened in 1975, it was intended bring together under the same roof the most important works, dating between 1950 and 1970.

After touring the castle, visitors can make their way to the town of Villa de Teguise, Lanzarote’s former capital, where César Manrique’s presence can be felt in the Cactus Garden, his last work on the island. The Garden nestles in a former quarry that was used to grow prickly pear cacti. The César Manrique Foundation-Museum is another must-see sight, home to dozens of works he created during his career as an artist.

Just 10 kilometres outside Teguise is the site of what could well be considered the artist’s finest works on the island: Los Jameos del Agua and La Cueva de los Verdes.

Los Jameos del Agua, located in a series of lava caves, is one of Lanzarote’s best-known landmarks, and one of Manrique’s first experiments in landscape art.

La Cueva de los Verdes, is made up of stunning galleries formed by volcanic lava, stalactites and stalagmites. The caves jealously guard the secret Manrique left there, but you’ll have to visit for yourself to find out more!

A short drive will bring you to the northernmost point of the island, situated 400 metres above sea level. Here you will find the Mirador del Río, a spectacular viewpoint affording stunning views of the eighth Canary Island and the entire Chinijo Archipelago (a set of islets).

As the route takes us around the island, you will be able to spot numerous sculptures that blend into the scenery. Known as ‘Wind Toys’, mobiles that move at the whim of the wind.

Last stop on the route is a tour of the Timanfaya area, situated some 25 kilometres away from the previous site. Timanfaya National Park is the site of ‘El Diablo’ – a stunning restaurant designed by Manrique. The most outstanding feature of this restaurant is the large central grill which uses the intense heat that radiates from the volcano itself. There’s no doubt about it! Lanzarote is the perfect destination for a break with your partner, friends or all the family, offering fabulous weather, magnificent architecture, breathtaking scenery and a wealth of culture.

Book your holiday on Lanzarote with THB hotels today and take advantage of the finest and most exclusive benefits!

You may also be interested in: Must-visit beaches in Lanzarote