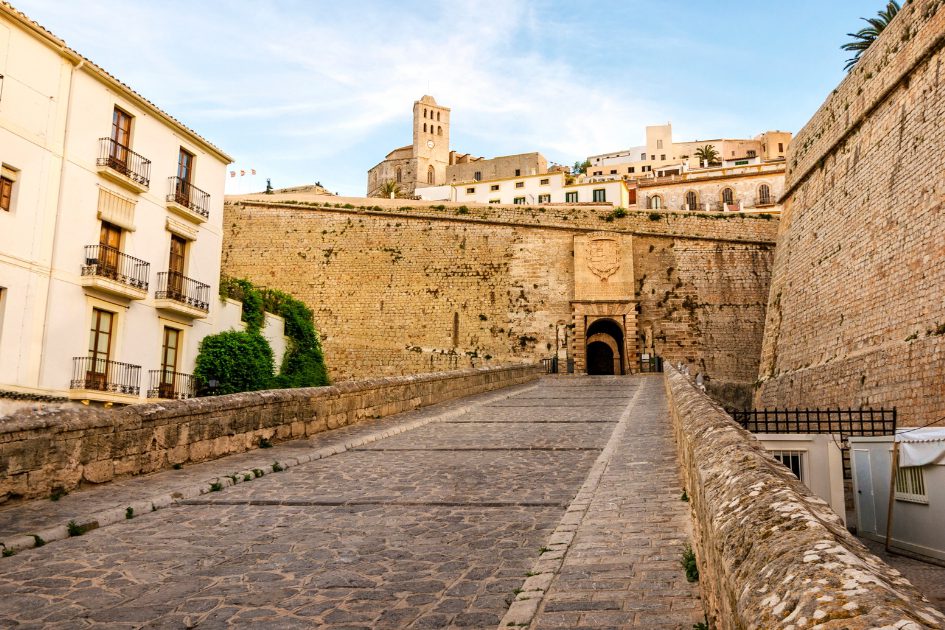 Many people are under the impression that when winter comes around, Ibiza has nothing to offer tourists. However, they couldn’t be more wrong: Ibiza has loads to offer, and it’s a great time of year to visit the island!

Can you imagine exploring one of Europe’s most beautiful islands without the crowds? In this post, we’ve included 6 of our favourite historic sites on Ibiza, from the famous Dalt Vila to  Can Marçà Cave.

Ibiza’s historic quarter, known as ‘Dalt Vila’ (which in the local dialect, Eivissenc, means “high town”), is without doubt the island’s greatest cultural attraction. It is also one of the must-see sites that every visitor to Ibiza should take the time to explore.

Perched on a hilltop, known as Puig de Vila, and surrounded by a wall, Dalt Vila is the site of a delightful district filled with quaint spots. A stroll around its steep, narrow and paved streets will reveal some of the island’s most important buildings such as Ibiza Cathedral (one of the island’s landmarks), Plaza de la Vila square or the city hall. You will also enjoy exploring the craft shops and restaurants that are guaranteed to surprise and delight. 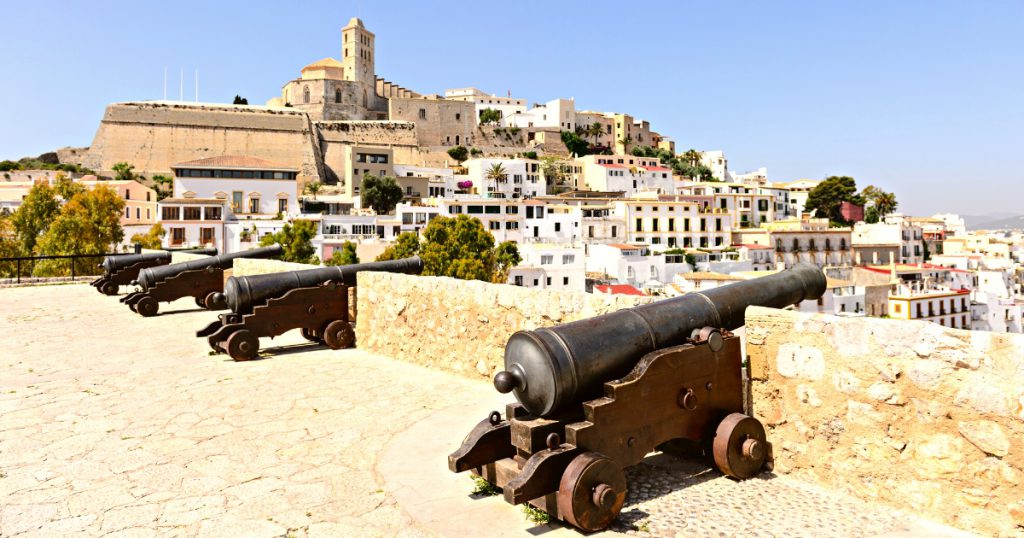 If you’re looking to take a journey back in time, then head for Ses Païses de Cala d’Hort. Situated in Sant Josep de sa Talaia, this is an ancient archaeological site that offers truly spectacular views. You’ll learn a host of fascinating details during your visit, such as the fact that the settlement was inhabited between the 5th century BCE and the 7th century CE.

Today the ruins of this small settlement still can still be seen, although they are hard to locate. We want you to make the most of your trip, so here you’ll find the location of  Ses Païses de Cala d’Hort.

On arrival, you will be able to tour the archaeological site and admire the ruins that provide an insight into what life was like here fifteen centuries ago, such as the large water cistern at the entrance to the town. You can also admire the breathtaking views that add the perfect finishing touch to this site steeped in history. 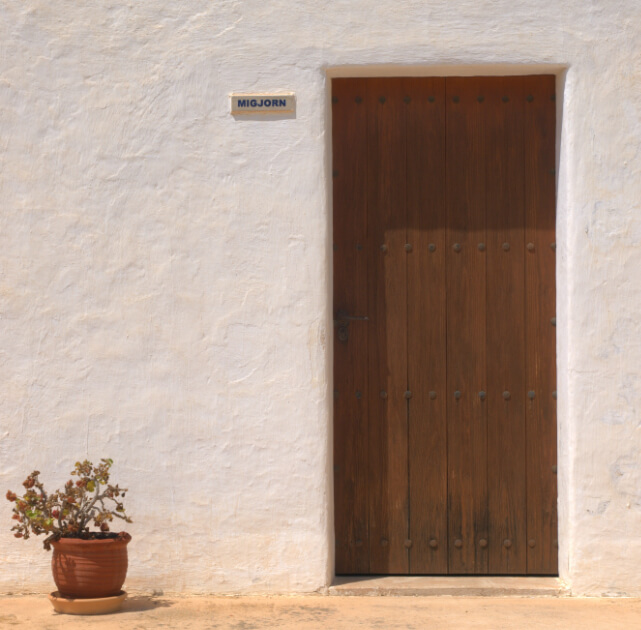 Another site not to be missed is Puig des Molins Necropolis. This is Ibiza’s oldest and most significant necropolis and boasts the world’s finest collection of Punic remains.

Founded by the Phoenicians, it stood on a hill located in what today is part of the centre of Ibiza Town. The name Molins refers to the windmills that once crowned the hilltop, only two of which can be seen today.

On your tour around the necropolis you will be able to discover small caves containing sarcophaguses, funeral chambers and tombs containing terracotta figures, jewellery and coins. And if all this whets your appetite, the Puig des Molins Museum will provide a fascinating insight into the history and evolution of the concept of death in the island’s Phoenician-Punic culture. 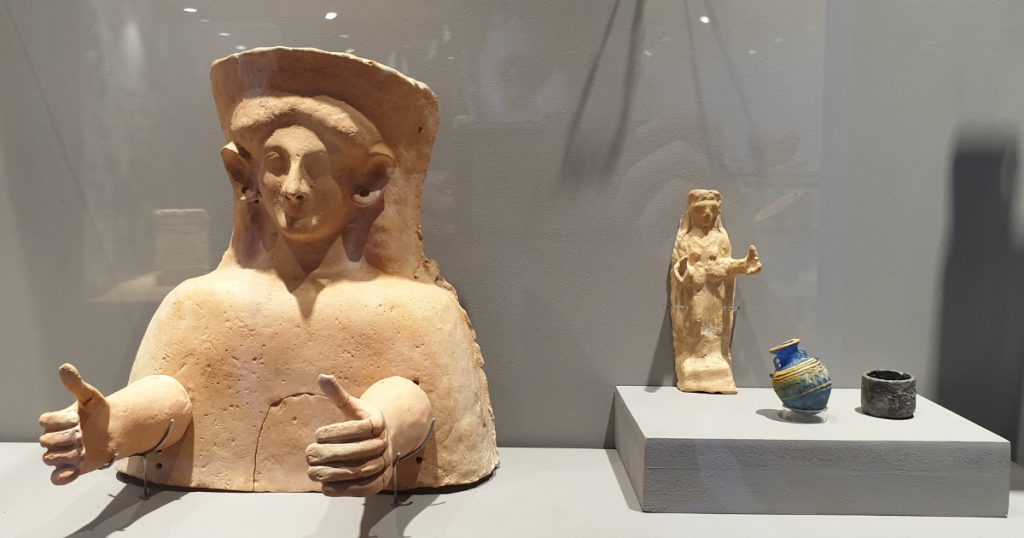 Can Marçà Cave, situated on the north coast, is one of Ibiza’s most outstanding natural attractions and well worth a visit. Nestling under a cliff in a well-conserved natural setting, it boasts spectacular views of the bay. Indeed, the terrace of the small coffee shop affords one of the most breathtaking panoramic views in northern Ibiza.

The first part of the visit includes a delightful walk along the clifftop that includes a host of surprises. Don’t forget your camera because you’ll definitely want to immortalise the amazing views. The second part takes you inside the cave, where you can admire the various geological formations, including a waterfall and lake. You can even see the marks that smugglers carved onto the walls when they hid their contraband. 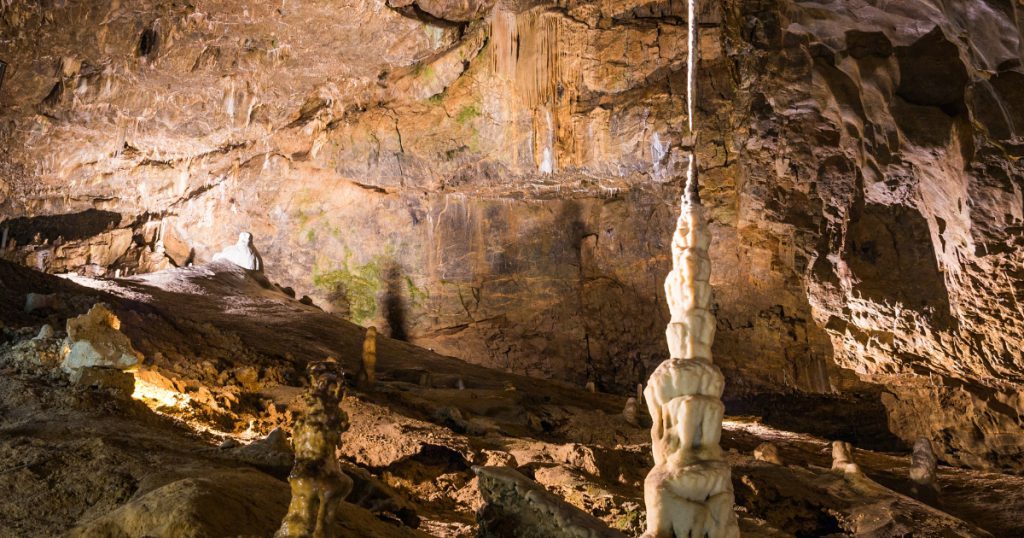 When exploring the southern part of Ibiza, don’t miss the chance to visit the Sa Caleta Phoenician Settlement, situated between the beaches of  Codolar and Puig des Jondal. Without doubt, this is the most important archaeological discovery in the Balearic Islands in the last twenty-five years, and is included on UNESCO’s World Heritage List.

Explore the ruins of former small homes, narrow streets, squares and the ovens used for baking bread, and learn about the agricultural, livestock and fishing activities that took place here. 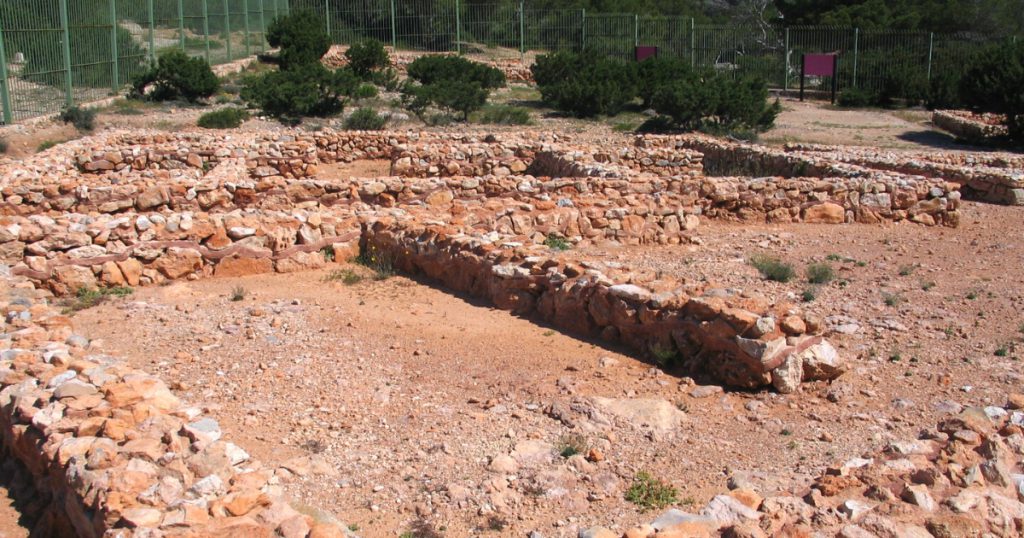 A visit to the  Río Can Planetes Interpretation Centre is guaranteed to be both interesting and informative. The interior not only houses traditional elements of Ibiza’s architecture, but also information on the watermill, which was meticulously restored in 2011 after remaining in disuse for more than forty years.

The space has been adapted for all types of visitors and has been designed to provide an insight into the river and its course, its importance in the evolution of farming in the area and the tradition of watermills. It is also a unique opportunity to see the interior of a traditional farm labourer’s home in Ibiza, where the kitchen formed the heart of the home.

After leaving the Interpretation Centre, if you’d like to continue your visit, don’t miss the spectacular riverside walk as far as Pont Vell bridge and the estuary.

As you can see, there are countless places, secrets and fascinating facts to learn about Ibiza! Why not visit them all and then tell us which your favourites were?

Ibiza is one of our top destinations, and we’d love to help you discover the island. Check out our hotels: the THB Los Molinos (open all year round), THB Ocean Beach and THB Naeco Ibiza and choose the one that best suits your needs.

You may also be interested in: 5 plans for a perfect trip to Ibiza in autumn-winter

WHERE TO TAKE THE BEST PHOTOS ON IBIZA THIS SUMMER
June 30, 2022

5 SPOTS FOR A ROMANTIC DATE WHILE ON HOLIDAY
February 11, 2022
Categories